It’s the game show style article that’s going to answer all the questions you wanted to know about freezing alcohol; this is “Will it freeze? Alcohol edition.” If you’re like me and keep alcohol in the freezer you’re definitely going to want to check this out.

Will it freeze? Alcohol edition!

Since I’m Canadian I’ll be doing temps in this article in Celsius. To swap it over to Farenheit just multiply by 1.8 and add 32. Easy! For freezing we’ll use the optimal freezer temperature of -18°C so both your alcohol and frozen box of hors d’oeuvres stays safe. This also happens to be the average January low temperature for where I live, which is handy for Canadians using their deck as a beer fridge.

Oh yeah, and water freezes at 0°C, in case you didn’t know.

Yes! Alcohol freezes at different temperatures depending on the ratio of ethanol and water. Different proofs or ABV have different freezing temperatures.

Popular misconception is that alcohol doesn’t freeze at all. This is just simply untrue – but you probably don’t have anything cold enough in your possession to freeze it so it’s easy to see why this is commonplace.

Ethanol/ethyl alcohol freezes at -114°C and methanol/methyl alcohol will freeze at – 97.6°C something you can’t achieve with a conventional freezer. Then again, if you drink methanol you’ll probably die and the closest to pure ethanol you probably have at home is vodka.

Can you freeze vodka?

Since we just talked about how cold ethyl alcohol has to be to freeze, which is what vodka is made from, you might assume vodka is the same. Actually, vodka is part alcohol, part water so it doesn’t need to be quite as cold to freeze. Roughly -27°C will do the trick.

Like vodka, spirits like rum, gin, and whiskey often contain high proofs of alcohol. This lower water content means they sometimes have a lower freezing point than your freezer goes, but not always.

Wine actually freezes as pretty high temperatures. If you stick your bottle in your freezer to chill and forget about it (although I’m not sure how you can forget about a bottle of wine) you’ll probably come back to a disappointing block of ice. -10°C is all it takes to freeze most wines thanks to the high water content.

What happens when you freeze wine, you ask? Well, as the water freezes it expands. It might push the cork out or worse, crack the bottle. So, not only does wine freeze, you really shouldn’t do it.

You can chill your wine in the freezer between 30 minutes and an hour, or whatever your preference is. White wine will take a little longer to chill. Apparently it takes quite a while to freeze a whole bottle solid but if it does happen, and hasn’t cracked, go ahead and thaw it in the fridge.

Champagne is roughly the same as wine when it comes to freezing, with one extra note. If you happen to accidentally freeze your bubbly and the bottle doesn’t crack you might end up with something that isn’t quite as carbonated as you started with. If you’re wondering “Does Champagne go bad?” we’ve got some answers to that, too!

Will beer freeze in the freezer?

Yes! And on your deck or forgotten in your car overnight during cold winters, too. Beer only needs -2°C to freeze and considering freezing point is 0°C that really isn’t very cold. If you’re thinking of turning the snow bank into a beer fridge you might want to reconsider.

Of course, there’s no harm in chilling your beers in the freezer when you don’t have time to refrigerate – just don’t leave them in for more than an hour. 30 minutes is a great rule of thumb.

What happens when beer freezes?

So you’ve forgotten a few beers in the freezer, no big deal, right? Well, the might explode. As the water freezes it expands and likely will cause your can or bottle to break open. This will leave you with an unfortunate (and kind of awful) mess to clean up and a bunch of wasted beer.

Thawing the beer, assuming it hasn’t frozen, might give you mixed results. On one hand, ice beer is a thing. It’s beer that’s brewed at sub-zero temperatures so ice crystals form. On the flipside, trying to make your own ice beer at home will likely just change the taste and chemical composition of your brew making it taste bad. Sorry.

How to freeze alcohol

For alcohols that have a freezing point warmer than your home freezer, like wine, a few hours in there will do the trick. For spirits that freeze at colder temperatures, though, you’ll have to get creative. Those of us in Manitoba just have to put the bottle outside during the next brutal cold snap but for everyone else in the world here’s some solutions. You’ll want to keep these tips in mind when you’re making things like Malibu Ice Pops, otherwise you’ll have accidental slushies instead of ice pops.

Should I keep alcohol in the freezer?

Vodka is commonly stored in the freezer, but most of us aren’t keeping our rum or whiskey in there even if they won’t freeze. Why? Well the reason actually has to do with flavour, smell, and texture. Vodka is less complex than other spirits and holds up well to chilling and warming. Typically you don’t drink it to enjoy the flavour the same was as, say, scotch.

As other, more complex spirits warm they release volatiles, which make it smell. Chilled too much and you won’t smell them at all. You’ll also notice less strong flavours from the alcohol. Finally, other spirits end up more viscous than vodka at low temperatures, which isn’t so nice when you pour yourself a drink.

So, in summary – yes alcohol will freeze. You can keep your vodka in the freezer but other strong spirits don’t hold their flavor as well, although forgetting these likely won’t turn them into ice blocks. Your wine and beer are better suited to stay in the fridge and you need to be careful not to freeze them solid. 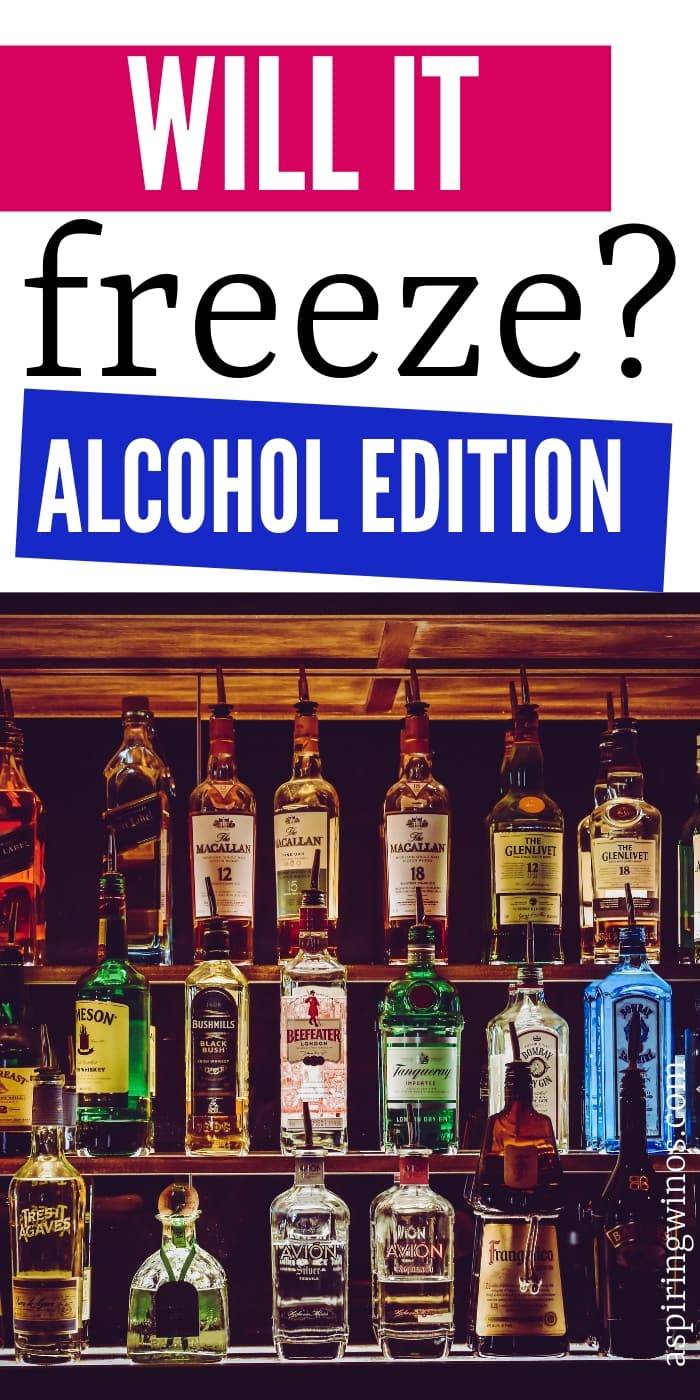 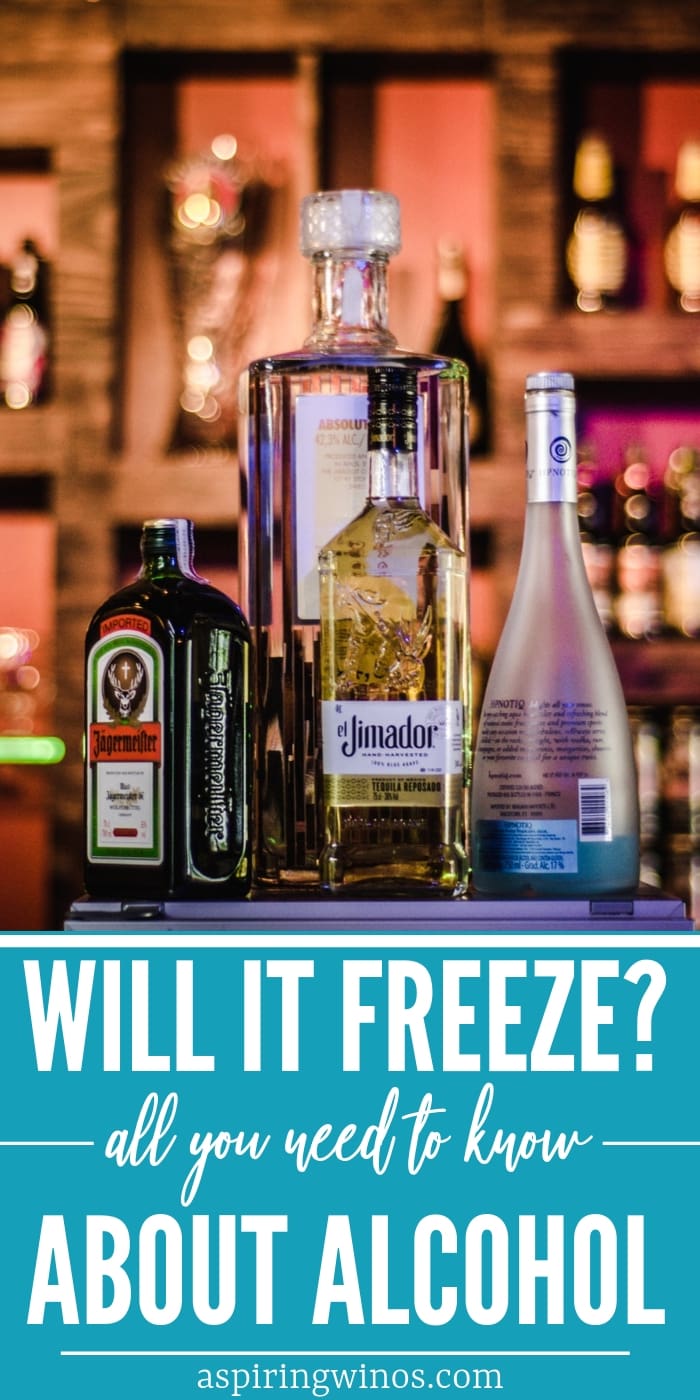