You are here: Home / Wine Travel / Know Before you go: A Guide to Canadian Ice Wine
Pin101
Share
Tweet
101 Shares

This is our (coveted) know before you go: a guide to Canadian ice wine. Highly sought after, this particular type of sweet wine is handcrafted using generations of skill passed down to the growers and vineyards that produce this age old delicacy. It involves cold temperatures, some good grapes, and some stubborn and determined folks and Canada sure has a lot of those. The climate may seem harsh to many, but it does have its upsides. Ice hockey is one of them. The other is a vibrant and enduring beer and wine scene which permeates the culture at every turn. Long produced in Central Europe, Icewine has its roots in a simple accident.

See also: If you find yourself down south, check out these fantastic place for a wine tasting in Houston, Texas!

You Should Know Before you go: A Guide to Canadian Ice Wine

The foremost producer of Icewine in the world, Canada has a lot to say for this rich wino favorite. Long considered a dessert wine, Icewine is one of the most expensive bottles you can pick up nowadays. Originally known as Eiswein from our German cousins, this sweet delicious product is one of a simple mistake. It turns out, some stubborn vintner discovered that the grapes left just before the ripening stage called called Noble Rot (more on that later), subsequently froze past the harvest season produced a very sweet and concentrated wine. The success rate for those grapes that eventually become eligible for use in the production of Icewine is relatively low. That’s why you’re more likely to see a half-bottle size, at about twice the price of a regular bottle of your favorite standard varietal. 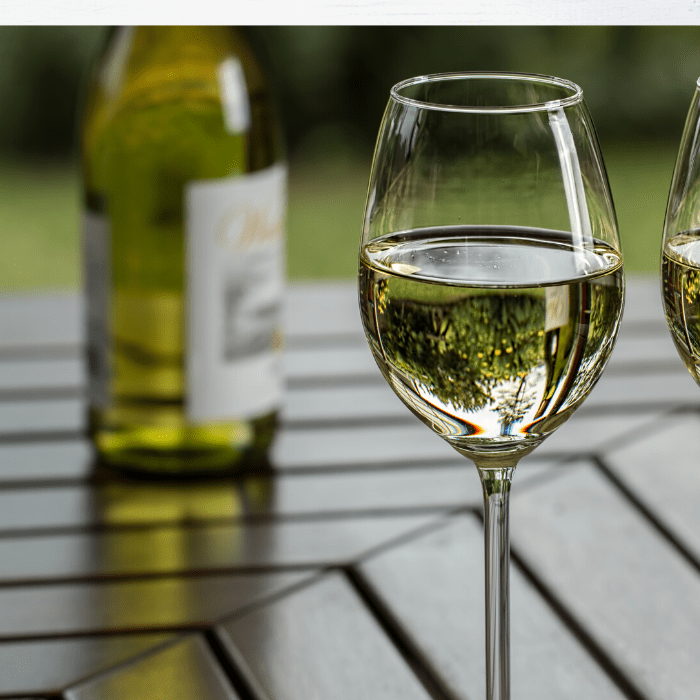 While it isn’t a player in the production of ice wine, it is most certainly responsible for its origin. As a matter of fact, this is something that is considered by many to be a defining characteristic of what makes up what we know to be ‘sweet wines’ or ‘dessert wines’ as they’re more colloquially known. Noble rot is in essence, just that. It’s a rot, well… fungus that plays a key role in our beloved sweet wines. It’s an infection that occurs (with any luck) after a grape has become ripe. If this infection takes hold before that? You basically end up with raisins.

What About Ice Wine? 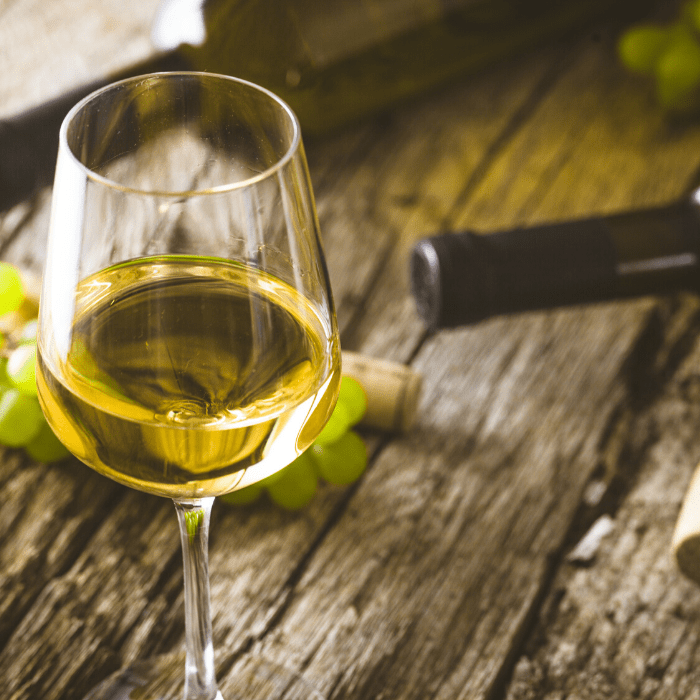 Ice wine on the other hand, should not be produced with grapes that have been infected by noble rot. It’s tricky, the harvesting of grapes suitable to be made into ice wine requires a lot of care and an incredible amount of knowledge, skill, and perhaps just a bit of luck! There is one other factor though that is almost completely uncontrollable: mother nature herself.

Grapes slated for ice wine production need to be left on the vine long enough for frost to set in and freeze the grapes, but not long enough for them to over-ripen and enter the noble rot stage. This is incredibly important, as this means they need to be harvested immediately after the first frost has set in. That means being on call, ready to pick every grape in the vineyard within the first day, in some cases the first few hours of them freezing.

Ok, so why Canada?

Canada has the most optimal climate imaginable for the production of grapes suitable for the production of ice wine. For a long while this was thought to be Germany, this wine’s spiritual homeland. Due mainly in part to climate change, this part of the world has received longer summers and delayed or unpredictable winters. In other words, the grapes either rot before they become frozen, or the vintners can’t possibly determine when to time their harvests. The endeavour becomes cost prohibitive and passed on to a market that can accommodate these conditions. Basically: Canada is cold.

What to Expect From Drinking Ice Wine in Canada

Since this is a guide to Canadain ice wine it would seem appropriate to recommend some of our finest! 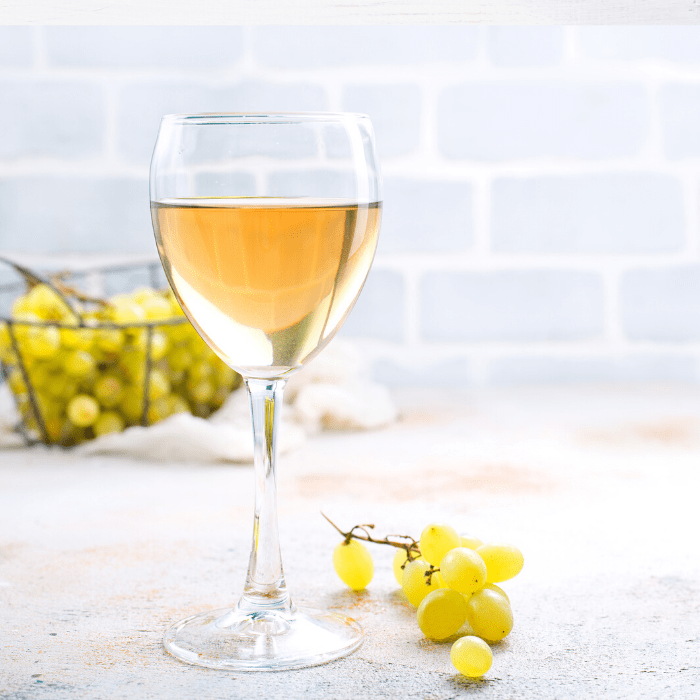 This label comes from the highly esteemed Inniskillin Estates which is responsible for exporting the production of ice wine to Canada. First in the Niagara region, followed by the Okanagan, this German company brought the craft across the Atlantic to begin with. Taste the history of Canadian ice wine with their expertly crafted, sparkling delight. 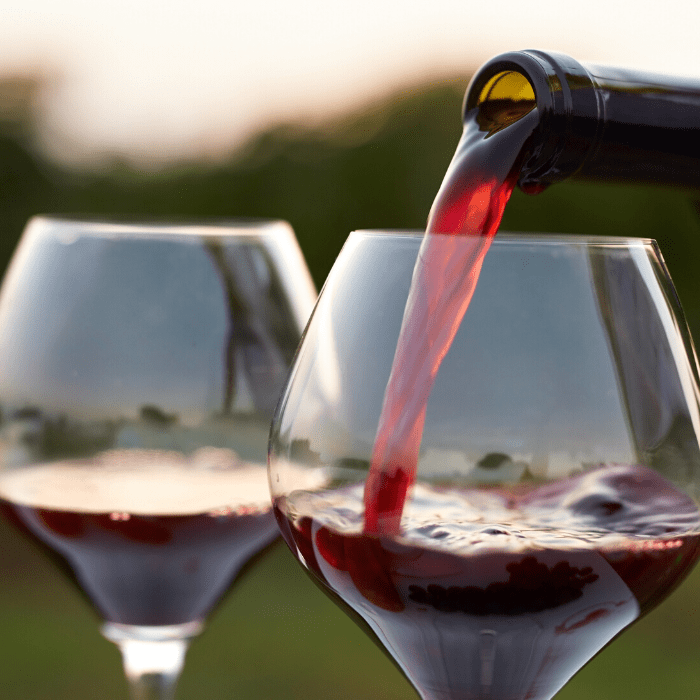 If you didn’t think Riesling could get any better, boy were you wrong. Also from Niagara, this ice wine is the perfect answer to your sweet white wine loving dreams. This could be a great introduction to ice wine, give it a try! 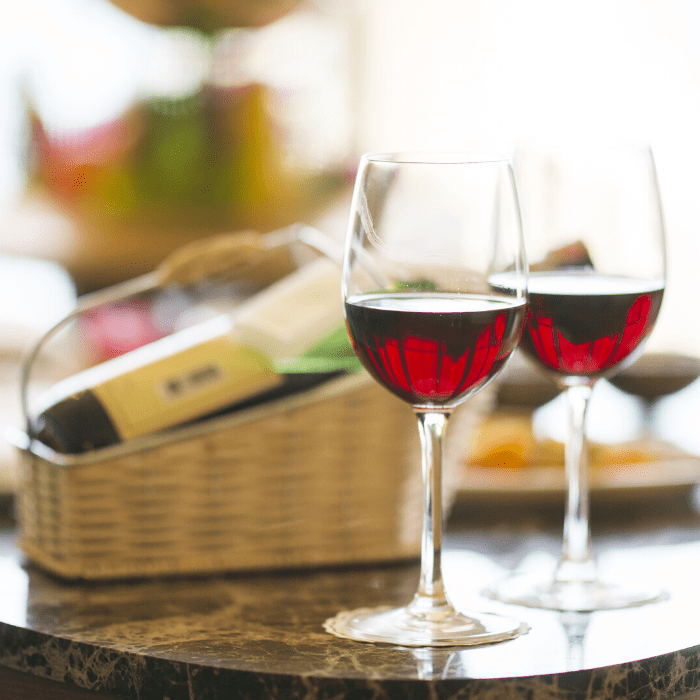 An Okanagan local, this ice wine gives you a taste of the spirit of Western Canada’s specialty ice wine offerings. SIlky and sweet, this delicacy is a must have for your wine tasting wishlist. If the region itself wasn’t enough of a reason to drop by, consider their take on this classic concoction a great excuse to fly in!

Where to go Ice Wine Tasting in Canada 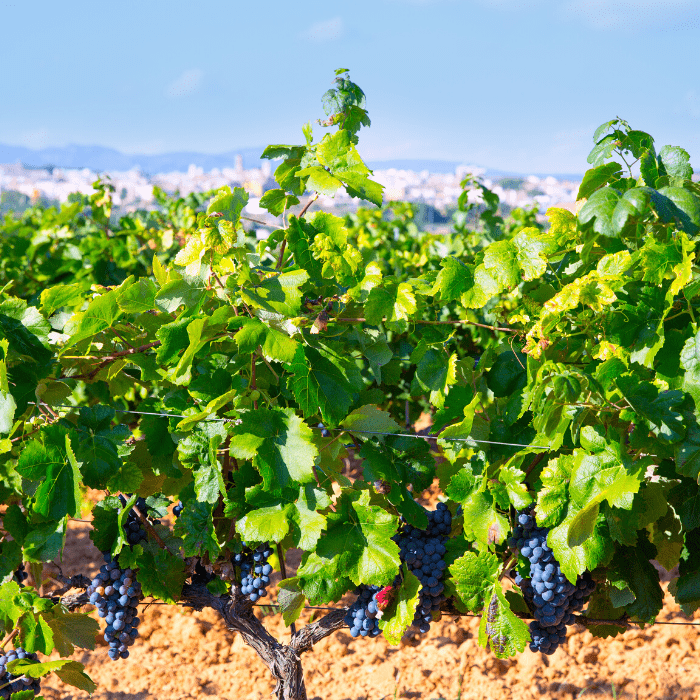 A no brainer, Canada’s own Napa Valley this region produces a large percentage of Canada’s wine. Both locally and internationally recognized as one of the world’s and certainly North America’s most premier wine growing regions. You can count on the vintners of the Okanagan valley apply the same traditions passed on to them from European growers decades ago. There are a plethora of vineyards to tour, and you’ll most certainly want to take a trip out West to see the ice wine harvesting season in full swing. 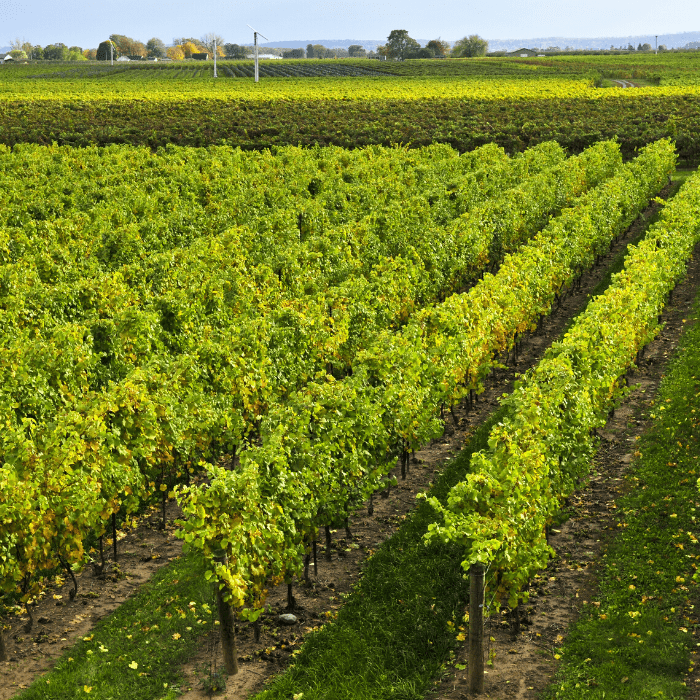 When it comes to ice wine, look no further than the Niagara region in Ontario to find its roots in Canadian viticultural heritage. Niagara-on-the-lake is Canada’s landing point for the prestigious Inniskillin Estates, which imported the ice wine making technique from Germany in the early 20th century. Some believe that vintners also cultivated these techniques separately out West, but whichever way you cut it you’ve still got a great place to go tasting on either coast. Experience Niagara Falls and some of the East Coast’s best varietals all in one trip! Ice wine cultivation is a big deal in this neck of the woods, and it solidifies Canada’s place as the world’s top producer worldwide.

See also: These are our absolute favorite places for a wine tasting in Denver, Colorado.

Thanks for checking out our crash course so you can know before you go: a Canadian guide to ice wine! Let us know what you thought, have you ever tried ice wine before? Pick up a bottle if you get a chance to visit either of these premier Canadian winemaking regions! 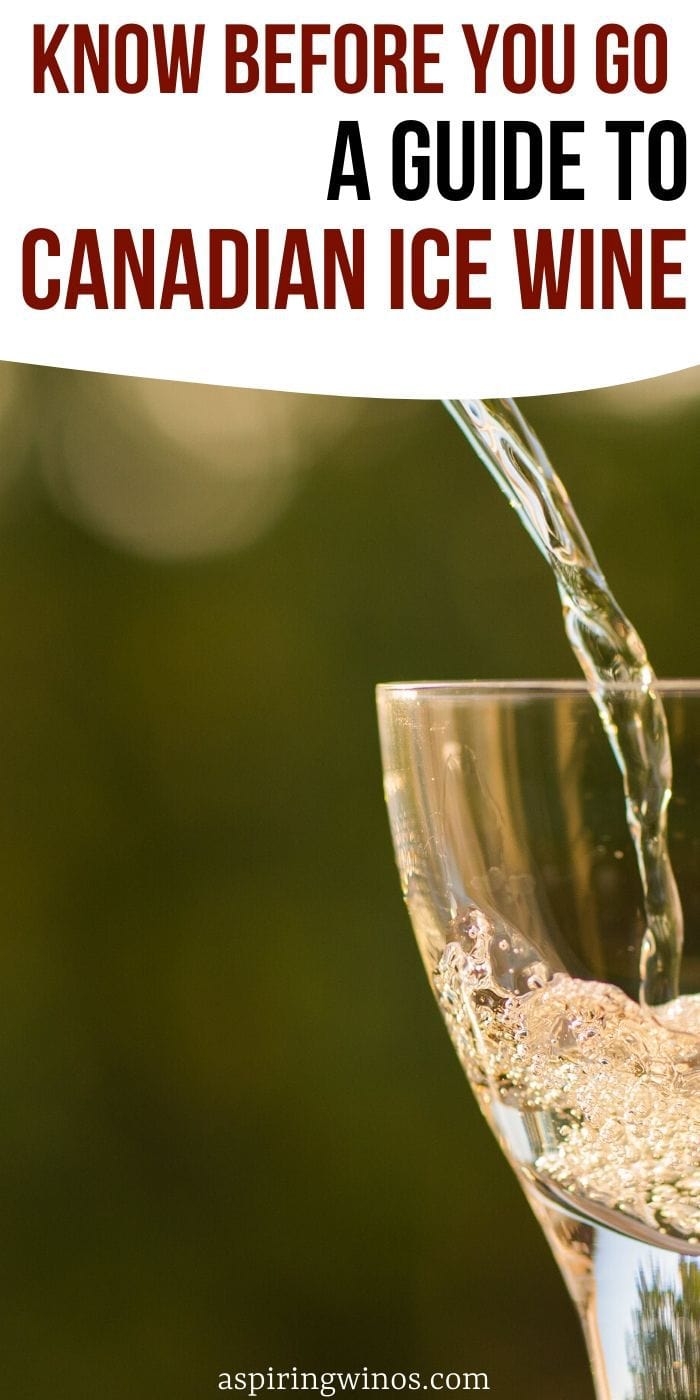 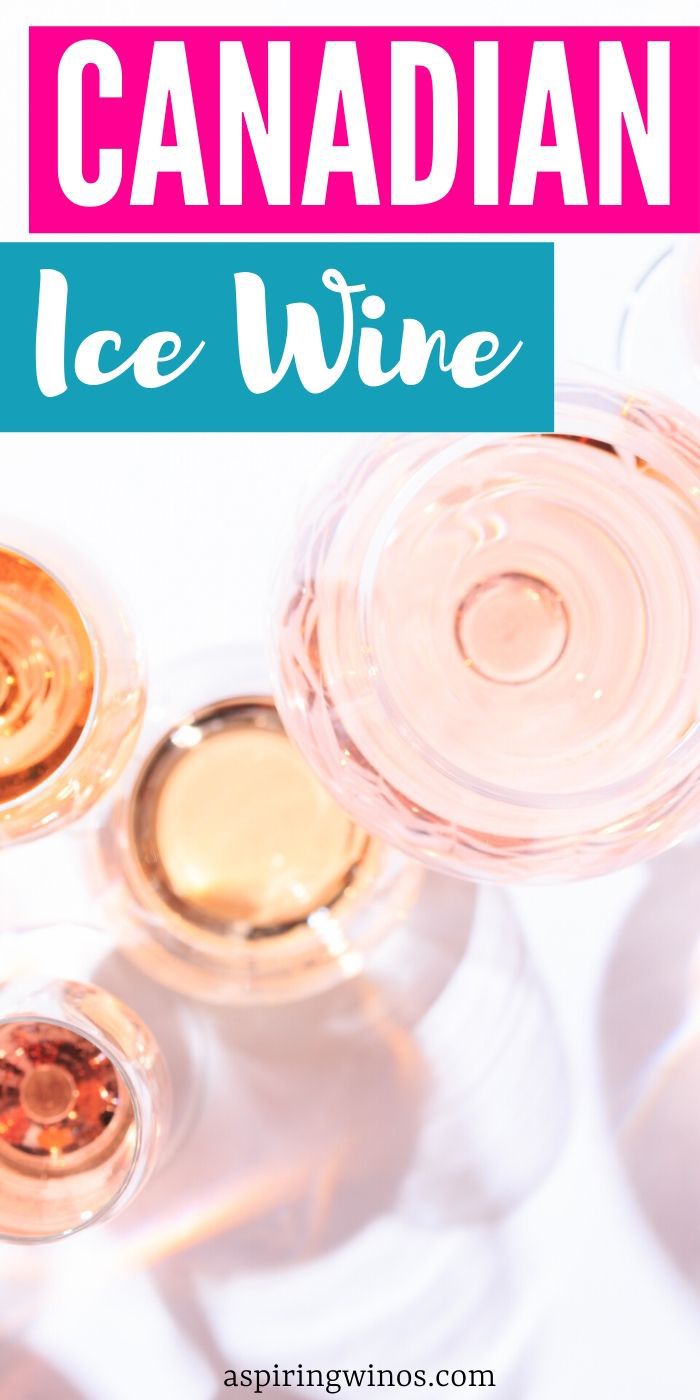