You are here: Home / Food / Best Wine for Ham Pairing 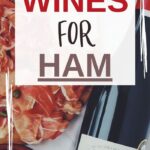 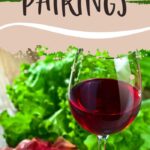 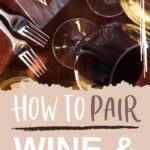 Ham might very well be the most delicious piece of meat there is. It is almost ridiculously tasty with its juicy texture and it for sure works in many different settings. It can be quite festive as well as your every day meal. Since this meat it is both salty, rich, a bit sweet and sometimes smoked it is perfect to match with many kinds of wine- although the pairing varies to a great degree on what kind of ham, and dish you choose. Also remember to try to buy meat from happy, preferably local, animals that are bred ethically hence not packing unhealthy antibiotics and hormones. Here’s some inspiration and pointers in regard to the best wine for ham pairing!

A ham is a ham: The Best Wine for Ham Pairing

Not quite. Your true ham would be the rear leg from a hog- from hip to knee. It initially has bone in it of course, but is many times sold boneless. However picnic ham is another story, an exception that comes from the lower part of the front leg. Then there’s the tasty but enormously misleading turkey ham. This ”ham” is of course no ham at all, but really instead a completely different species. Of fowl. Go figure?

Ham comes in so very many styles I could write a whole book about the matter. But to simplify there are three major categories: Fresh, dry-cured ham and wet-cured ham.

Fresh ham is raw and uncured, usually with the skin still on. It needs to be cooked and can be roasted or simply boiled. A very successful approach is to smoke-roast it, without the skin. Please read up on the process of baking the ham. It often comes with instructions on the cooking time, the degree of heat and the preferred inner temperature of the finished ham so that it is properly done. Otherwise ask your local butcher or the almighty google. A good idea is to get a spiral sliced ham. This is so convenient and makes it easy for you as it comes in perfectly sized slices ideal for serving and for future sandwiches. It is often sold together with a seasoning packet but it is almost as easy to make your own seasoning and glaze!

If you are baking the ham, place it in a roasting pan and pour some beer, ginger ale and/or apple or orange juice overtop the ham. It adds flavor and keeps the ham juicy as it cooks. Cover with foil. Bake it at about 350 degrees, basting every 20 minutes. A rule of thumb is to cook your spiral sliced ham 10-15 minutes per pound to reach 140 degrees Fahrenheit. In a slow cooker, set it to low, pour over your liquids, and also pour the glaze over the ham.  Cook for 4-5 hours. Don’t forget to baste it several times. If you go through the trouble of turning it at least once the whole ham will get extra flavorful as it has time to simmer in the juices.

Dry-cured ham is cured, often by rubbing the exterior with salt, sugar and pepper, garlic and/or other spice. It then needs to air dry for about 6-18 months. It is usually hung in cool temperature for this aging and drying process. The meat dehydrates during this time and the flavors are concentrated. It is often also smoked a little, or much, at low temperature. This type of ham is served thinly sliced. Imagine the famous Italian prosciutto if you may. However this style of dried ham comes in many shapes and forms. Most countries have their own version.

Wet-cured ham is very popular and is usually skinned and soaked in bine. This liquid varies greatly in style and flavor but usually it consist of a mix of salt, sugar, spice and sodium nitrate and other preservatives. Sometimes liquid smoke is added. Observe- many are cooked in some fashion and ”ready to eat” whereas some needs to be cooked before eating. A popular approach is to paint the ham with a sweet, savory honey glaze. For example a respectable Christmas ham.

Inspiration for your glaze:

Use for example honey, brown sugar, maple syrup, Dijon, some mushroom soy sauce and black pepper for a succulent and sweet glaze. I often add some concentrated apple juice as well. For a truly glorious Christmas ham you can always spice the glaze up a bit with typical holiday flavors like ginger, cinnamon or cloves. Perhaps a dash of whisky, rum or cognac? Feel free to go to town with cayenne pepper, chipotle or chili pepper for a more racy, spicy touch.

Sure. The old quote ”white wine with fish and red with meat” is seriously dated and to me, real antiquated. A mild, honey baked ham for example works beautifully with your full bodied whites like a South African Viognier or an American Chardonnay, as well as a fruitier style of white like Riesling. Pick a Riesling from the French appellation Alsace to get body and dryness that is so significant for the region and works wonders with typical Alsatian dishes like sausages and ham. If you are looking for an edgier approach pick a nice, light and bone dry Sherry- a so called Fino.

A glazed ham on the sweeter side would match well with a white wine from the grape Pinot Gris, Pinot Blanc or the spicy Gewürztraminer- all indigenous grapes of Alsace.

Absolutely. Imagine if you may a crisp glass of rosé with a loaded and mouth watering platter of cold cuts, filled with Prosciutto, Parma ham, Serrano ham, Iberico(Pata Negra) ham and so on. The salty dryness of the meat is begging for acidity and freshness. Try flavorful rosés with personality like the one’s from Italian Abruzzo, Spanish Yecla or the French Rhone Valley. New Zealand also produces masterful, rich rosé wines. The region Tavel in Rhone is another option famous for its juicy rosés with dark color and depth in flavor. But hey-even a sparkling, dry, rosé wine would be great in some instances.

Definitely. With the lighter reds a pairing with milder ham is in favor. I’m thinking Canadian bacon, turkey ham, boiled ham and ham that has simmered in a mild, herbaceous broth. Pair with a German, American or New Zealand wine from the grape Pinot Noir or a north Italian Nebbiolo wine.

The more flavorful, smokey and salty hams should be paired with more structured, full bodied wines. Take a French Syrah from the northern parts of the Rhone Valley as an example. It has notes of smoked bacon, a bit of a peppery character and loads of fruit, acidity and tannins. Hand in glove! Also the flavorful and fiery wines from southern Rhone would be great. Other suitable pairings would be Argentinian Malbec, French Tannat or a full bodied American Cabernet Sauvignon.

Sweetness. With a glazed, somewhat sweet ham I would lean toward a fruity red wine with medium to full body. The grape Gamay gives wines filled to the brim with red berries and the Zinfandel grape delivers borderline jammy wines great for this purpose. Perhaps turn to a ripe Italian Primitivo. Some glazes have an orange component that tends to go well with bright and focused Australian shiraz’s or even blends like the iconic GSM. This is a traditional blend from the French southern Rhone Valley often imitated very successfully in both South Africa and Australia. GSM stands for the main grapes in these blends: Grenache, Syrah and Mourvedre(Monastrell in Spain).

Spiciness. If the flavoring or the glaze is spicy, kindly eliminate as much tannins and acidity as you can in the wine and aim for a new world-style of wine, for example a fruity South African Pinotage or an American Cabernet Sauvignon packed with charming dark berries and lots of sunshine.

Aged ham- aged wine. If you are serving dried and aged ham in the form of cold cuts, it is an excellent idea to serve an aged, red wine with some tertiary aromas. These exciting characteristics develop with time in the wine and can give a hint of forrest floor, leather, stable or truffle. These aromas and flavors mirrors your ham platter beautifully. An aged Rioja or Bordeaux would be a great fit as well as a an aged classical Lebanese wine lika the renowned and lovely Chateau Musar.

…on the pairing, always think regionally. German speck is for obvious reasons perfect matched with German Riesling or a light red German Pinot noir. A Spanish Pata Negra with an aged Rioja, the Italian Prosciutto works with melon and Prosecco….you catch my drift.

It is hard to go totally wrong in pairing wine and ham. Be bold, try new combinations and find your personally best wine for ham pairing!

This website uses cookies to improve your experience while you navigate through the website. Out of these, the cookies that are categorized as necessary are stored on your browser as they are essential for the working of basic functionalities of the website. We also use third-party cookies that help us analyze and understand how you use this website. These cookies will be stored in your browser only with your consent. You also have the option to opt-out of these cookies. But opting out of some of these cookies may affect your browsing experience.
Necessary Always Enabled
Necessary cookies are absolutely essential for the website to function properly. This category only includes cookies that ensures basic functionalities and security features of the website. These cookies do not store any personal information.
Non-necessary
Any cookies that may not be particularly necessary for the website to function and is used specifically to collect user personal data via analytics, ads, other embedded contents are termed as non-necessary cookies. It is mandatory to procure user consent prior to running these cookies on your website.
SAVE & ACCEPT