You are here: Home / Cocktails / The Best Alternatives to Champagne you can Pop This Weekend – That are Cheaper too!
Pin89
Share5
Tweet
94 Shares

Some say there’s no way to ring in the new year, toast to the occasion, or have a killer blowout party without a bottle of bubbly. These are cheaper alternatives to champagne you can pop this weekend. Trust us when we say they’re not wrong, but there are cheaper ways to get that amazing sparkling taste without the hefty price tag.

Champagne is a great choice, in fact, it’s a personal favorite of mine, but that doesn’t mean you can’t have a good time with an awesome bottle of bubbly wine. There’s something special about a glass of bubbly, it’s there for all of the most joyful occasions in our lives. So raise a glass to these cheaper alternatives to champagne!

The Best Alternative to Champagne

Champagne is a term that’s used a lot in the wine world, and you usually know what to expect when someone pours you a glass. That being said, and as far as the French are concerned, Champagne is a strict definition.

Champagne is $40 on Average 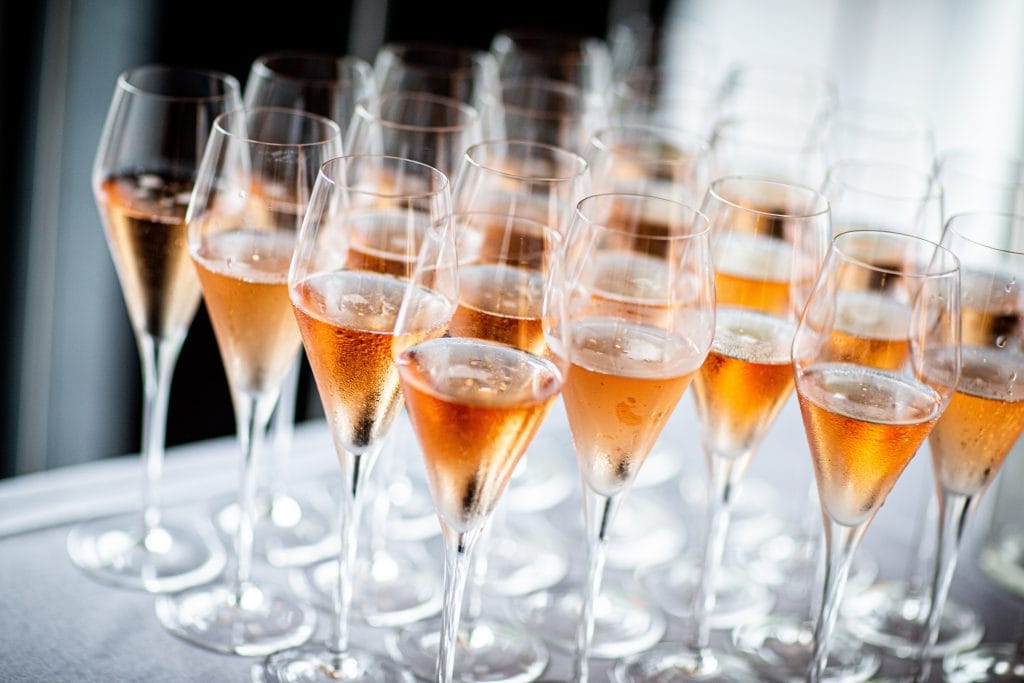 Champagne is specifically produced in the Champagne wine region, and with an appropriate level of carbonation created by an additional process of fermentation. Other wines can be produced in a similar manner, with different grapes from different regions.

However, these can not legally be considered Champagne in France, and can not expect to fetch the same asking price. We’re going to look at some of the tastiest alternatives that might take less of a toll on your wallet, leaving you with more cash in your pockets for your banger of a party! Together we can raise our bubbly favorites and bring down #BigChampagne! 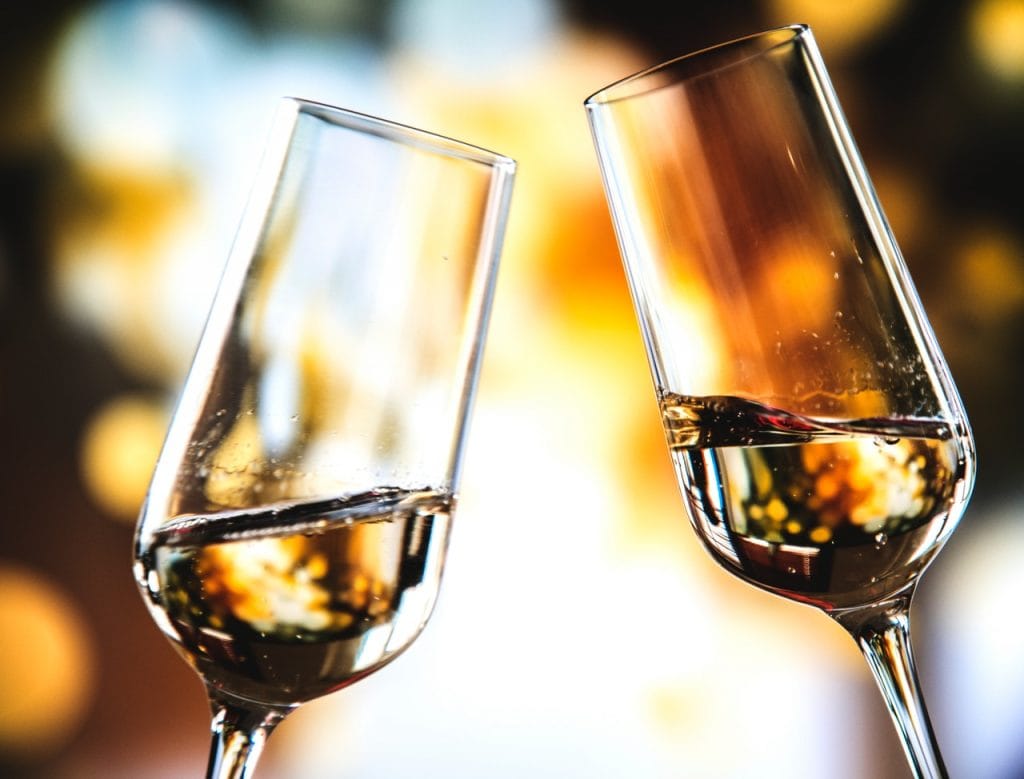 Spanish Champagne. Hailing from the Catalan region, this sparkling delicacy is on par with most champagnes, in fact, you’ll find much of a similar taste. French champagnes elicit more of a familiar tone, but for the purpose of your next shindig, this shouldn’t be an issue. Your non-wino friends won’t even know the difference!

Cava is produced by a meticulous but rewarding process where the soft-pressed grapes are then allowed to ferment once in the barrel and again in the bottle. This takes months, it includes a technique known as riddling where the excess yeast is transferred to the bottleneck by tilting and turning the bottles days on end.

Cava would marry well with a cutting board full of Spanish chorizo, other local cheese, and strong-flavored delicacies. It is versatile, bubbly and absolutely delicious. 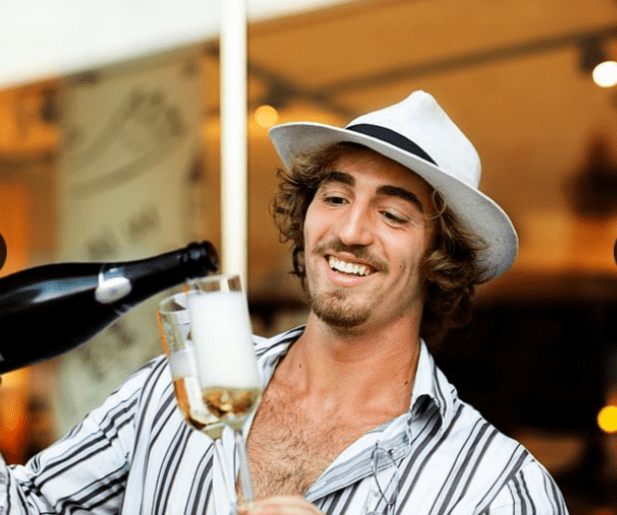 It’s the long lost jewel of German winemaking that’s in for a major comeback! Sekt is a German bubbly, and it has a lot of flavors to share from the country that proudly brings us Riesling. (In fact, there’s even a Rieslingsekt out there for you white wine lovers!) The German wine regions of the Rhine give Sekt its wonderful flavor, careful consideration of technique makes for a sweet and delicate sparkling wine.

Good bottles of Sekt can stay in the cellar for 3 years or more, longer than some of their other bubbly cousins. This does, however, pay dividends in the taste.

Mineral, fruity, fresh and mousse have all been used to describe this wonderful glass of bubbly. We recommend a Riesling sekt for its light and aromatic character, ever so versatile and highly drinkable.

Related: The Best Wines You Can Buy at the Gas Station 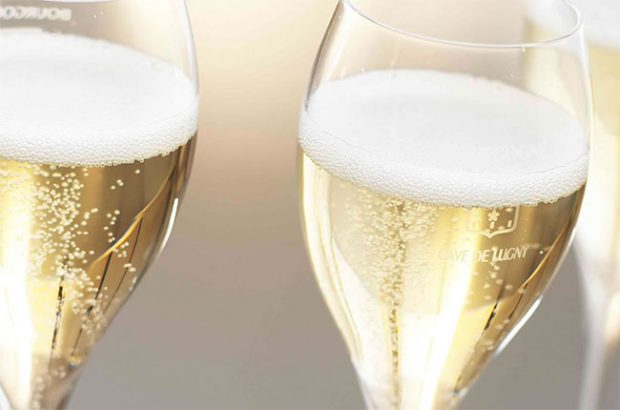 These bottles are the less exclusive halves of the Champagne family. They’re notably less carbonated, not necessarily made from Champagne region grapes, and of course, fetch less a bottle. This makes them a perfect, but still French, alternative for your dinner party, party party, or shindig. They’re produced using the ritzy sounding Methode Champenoise, which is the second stage of fermentation that takes place in the bottle itself.

The texture of Cremant is somewhat less fizzy than the much more renowned Champagne. Creamy is an apt description, although it largely depends on various aspects of production and can vary slightly. Undoubtedly, you’re in for something far less burp inducing than the other stuff.

Much more suitable for regular sparkling wine consumption, Cremant is a great place to start when looking for a more cost-effective solution. (A good bottle of Cremant still generally comes in lower than some champagnes.) 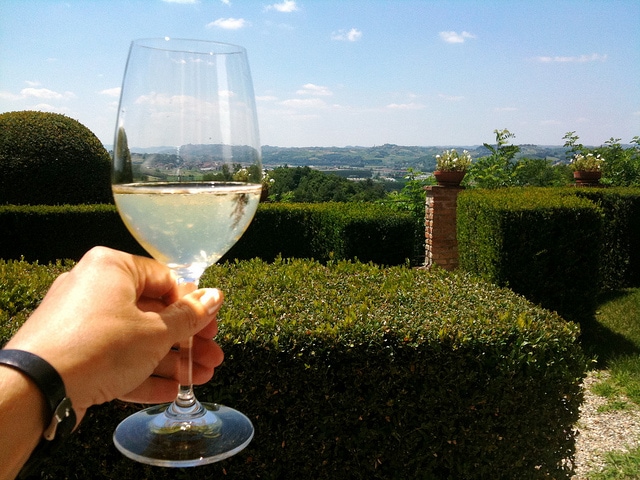 The Pride of Piedmont, Asti Spumante is my personal favorite and it is enjoyed both in Italy as well as a large number of export markets around the world. While some snub it as poor man’s Champagne, I believe it stands on its own two legs. It fulfills a valuable position in the world of wine, that of entry-level enjoyability.

It is unabashedly sweet and keeps most dessert wines on their toes. There’s something to be said for its friendly and approachable qualities, the uninitiated could be fooled into thinking its proper Champagne, but isn’t there something to be said to opening people up to wine drinking?

In essence, Asti is a regional delicacy from Italy’s foremost wine-producing regions. Designated by protected status both domestically and internationally, Italians take this stuff seriously.

The Moscato Bianco variety is responsible for the crisp taste of this white grape born fizzy. A decent bottle of Asti will provide one with full-throated fruity sweetness. Like a chilled peach, this pleasantly crisp, sweet and fresh-tasting wine is a must-try! 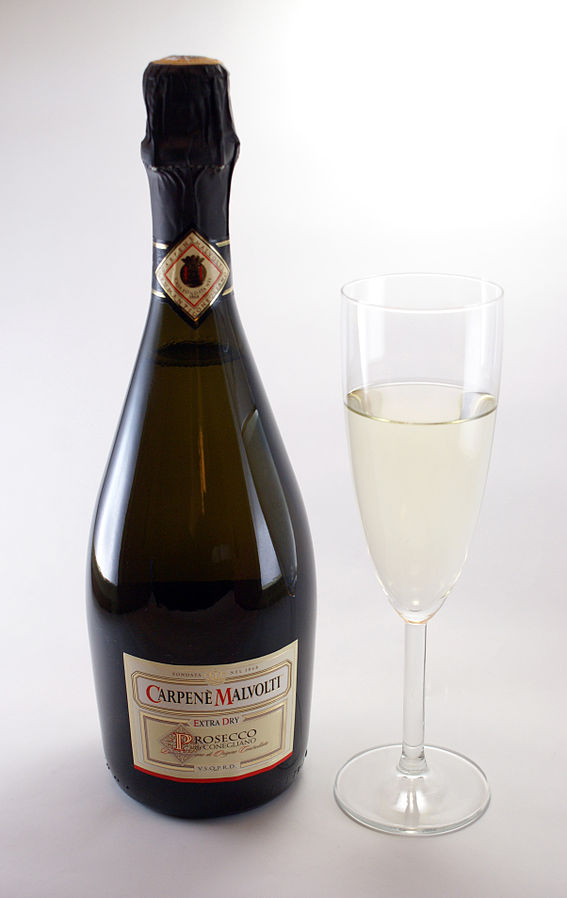 Another Italian favorite, Prosecco barely makes our list as more of d-standard sparkling wine. That being said, it does so on the merit of its taste and affordability! Prosecco is a sweet and less carbonated type of wine. It is classified as a Frizzante, which means semi-sparkling. Served chilled, this crisp effervescent glass serves as an excellent dinner wine, which makes it ideal for the pre-party!

For you, more domesticated party animals, consider Prosecco the definitive glass of brunch bubbly! It’s widely available, and a notably cheaper alternative to champagne. Much like Asti, it also has quite lower acidity compared to it’s Spanish and German cousins.

There’s plenty of selection for sparkling, bubbly and delightfully effervescent alternatives to Champagne. The hype is very much real with the acclaimed French bubbly, but that doesn’t mean you can’t party for less. These alternatives might be less costly, but don’t spare on taste and enjoyability. In most cases, a decent bottle of any of these wines come in cheaper than most real Champagnes. 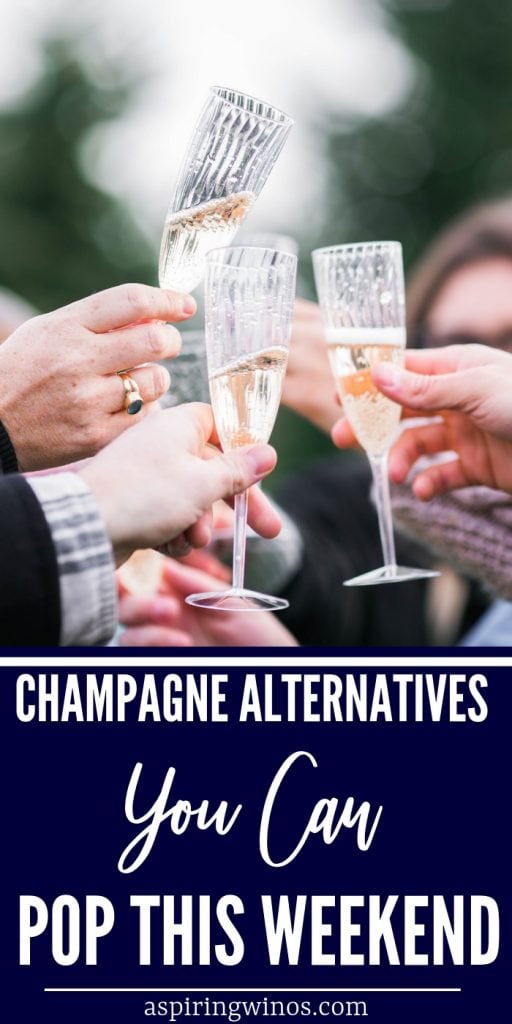 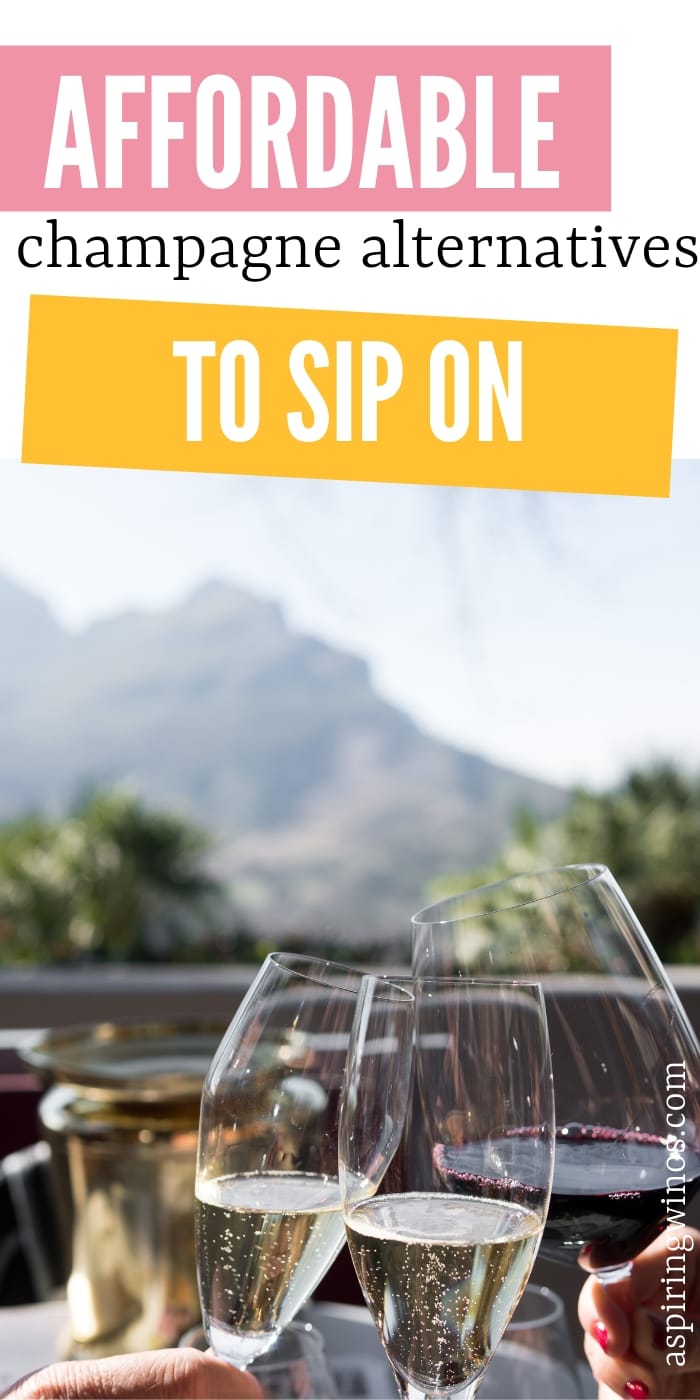